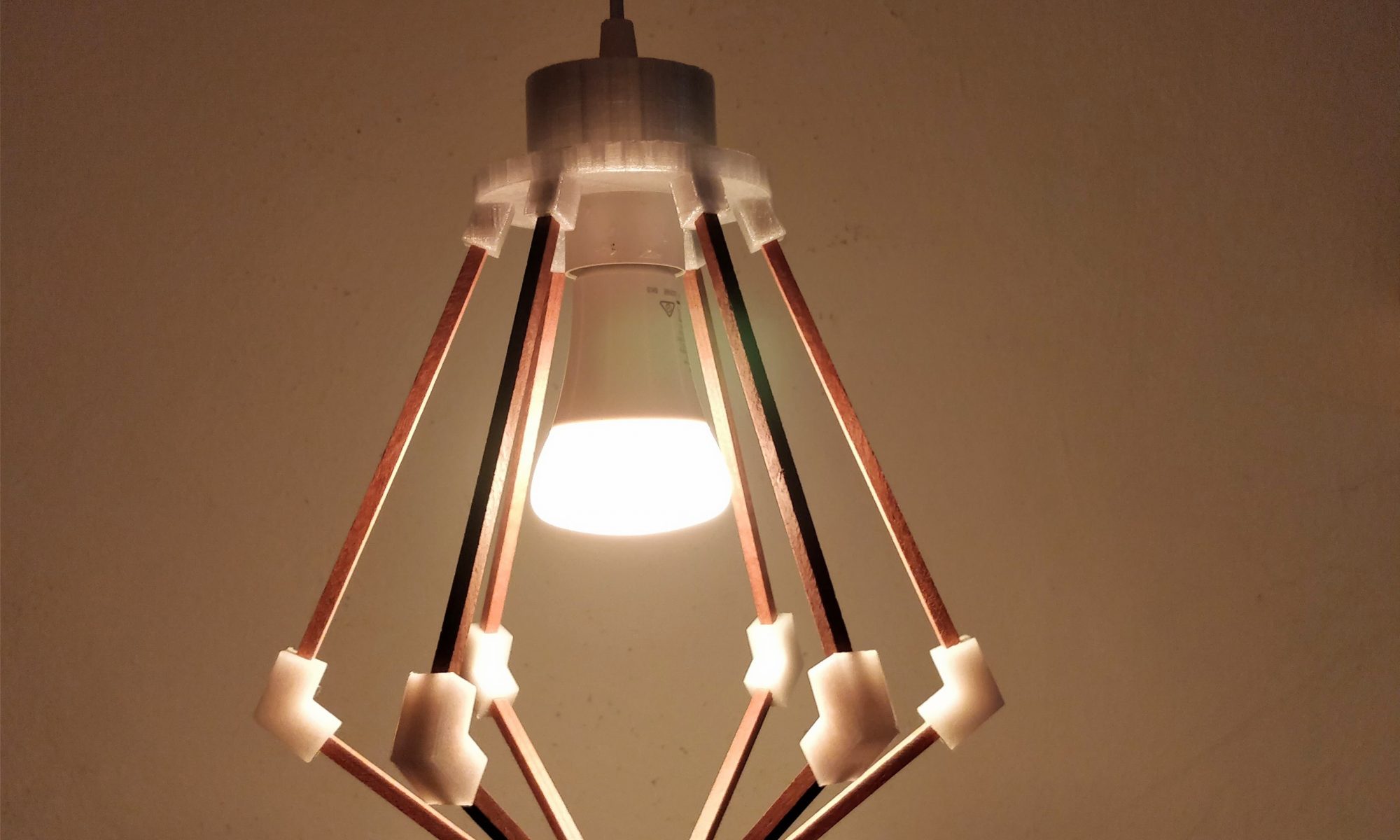 I needed a lamp. And I wanted to build it myself. I’ve found a couple cool lamps on Thingiverse, but  the one I liked provided unprintable, broken models. So I started Thingiverse and built my own model. 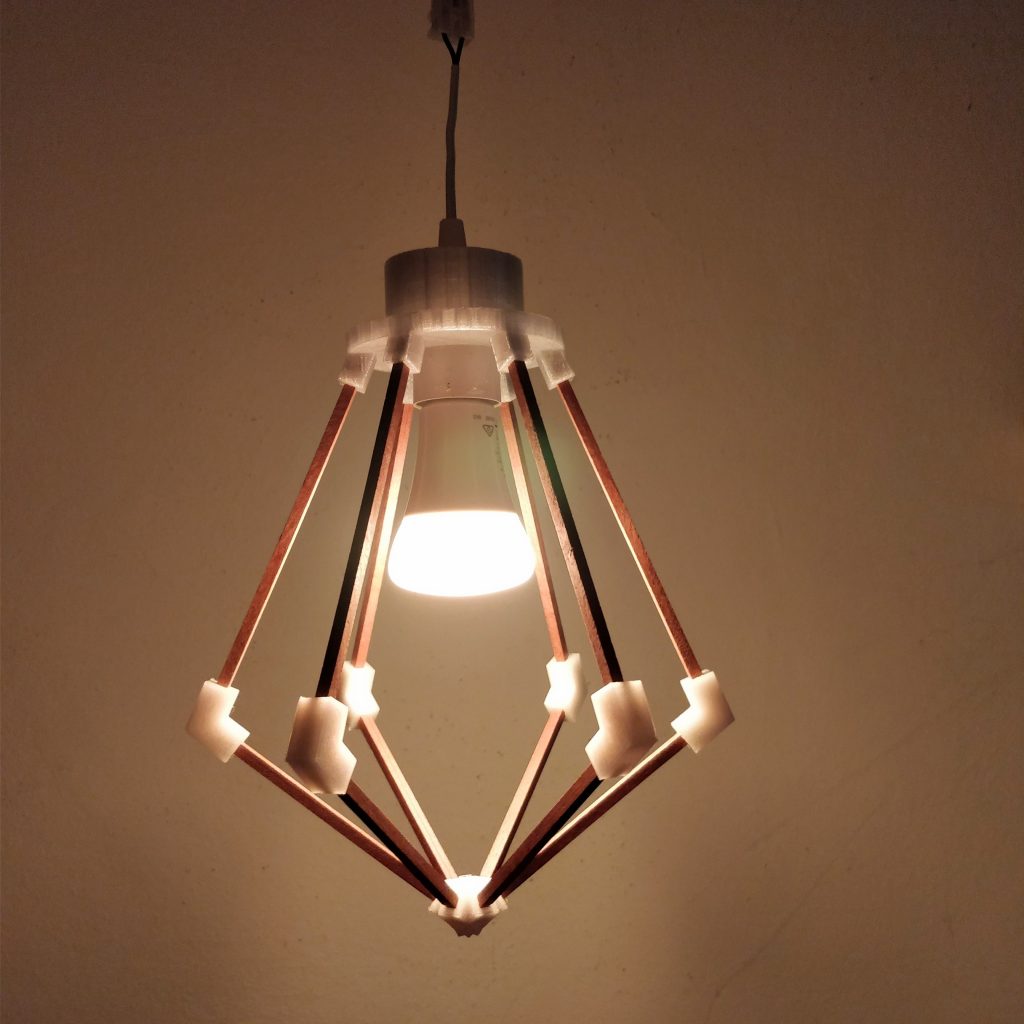 I’ve designed some lights for my hydro garden: 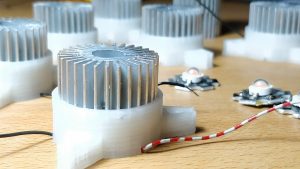 The setup consists of 2 layers with 5 leds each. Those chip leds get really hot, so they need some heatsinks. A 3D printed socket for the leds holds the heatsink in place. You can download the .stl here.

I’ve built an IoT button a while ago. I’ve also written a short log of the project on hackday.io

The ESP8266, which is used here, is  a small, WiFi-enabled chip which can be programmed. I hooked it up to send web request to IFTTT to trigger actions.

I started with a prototype on a ESP8266 NodeMCU development board. The button causes the ESP to send a web request to IFTTT, which is configured to send a push notification to my iPad in this example, but can trigger nearly any action that is supported by IFTTT.

after testing the firmware on the development board, I flashed it on the chip and put everything together. 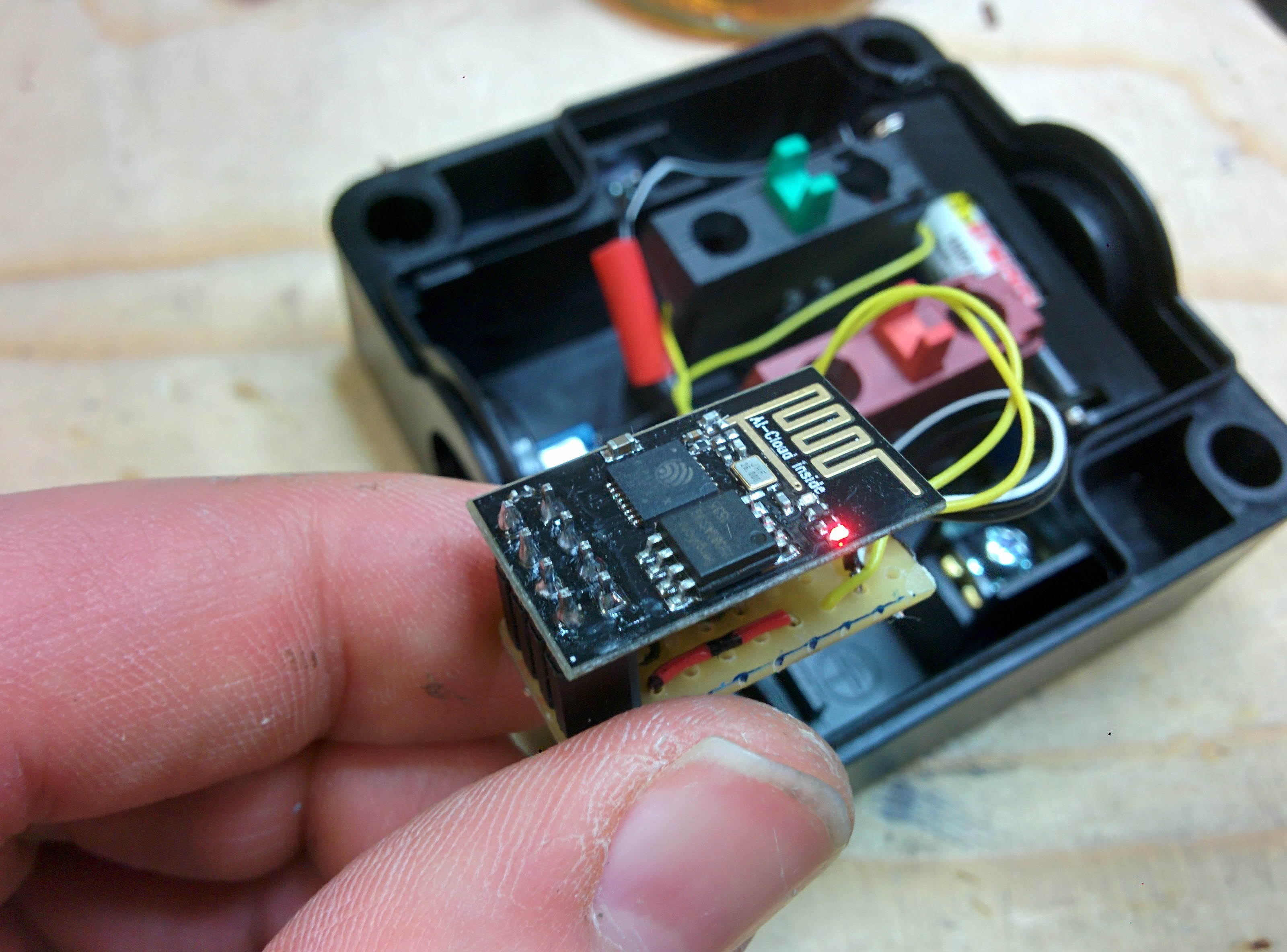 IFTTT SmartButton from the inside.Tada! We do now have a battery powered push button for the internet of things. 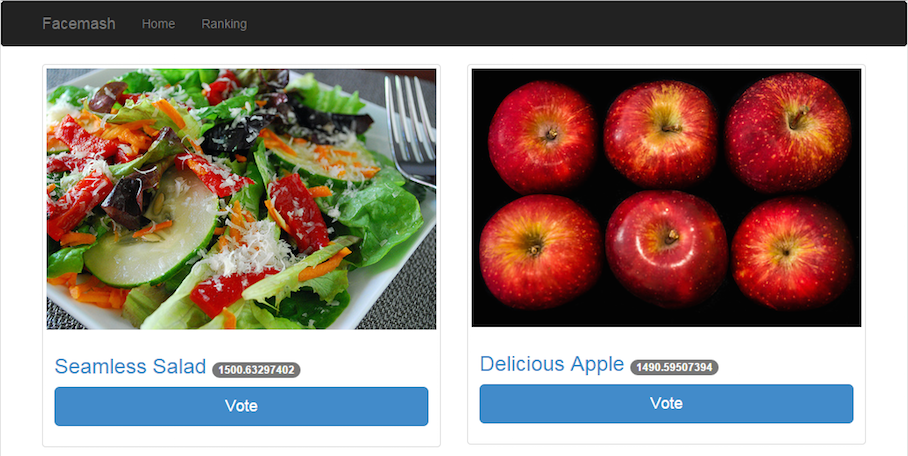 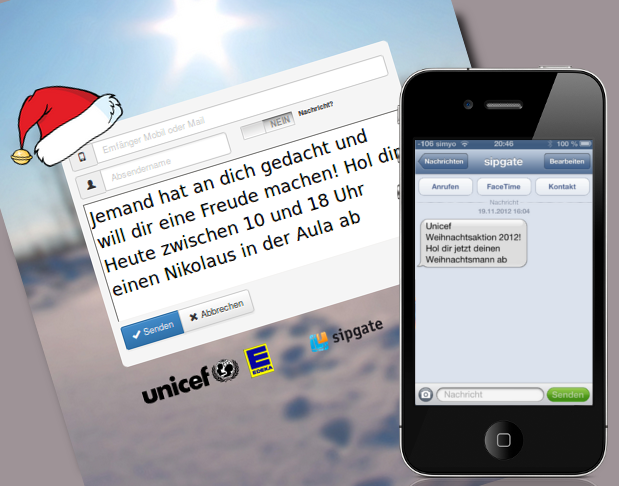 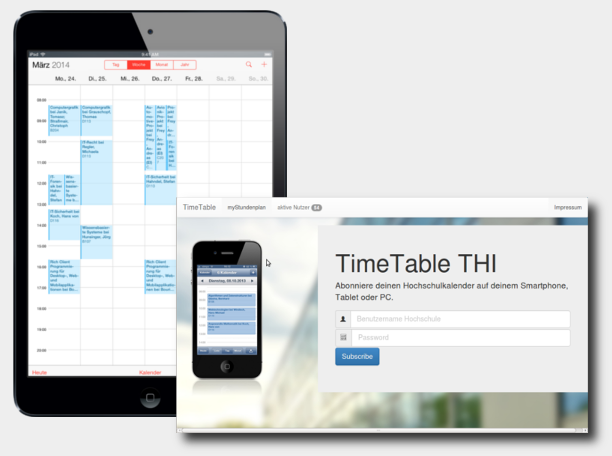